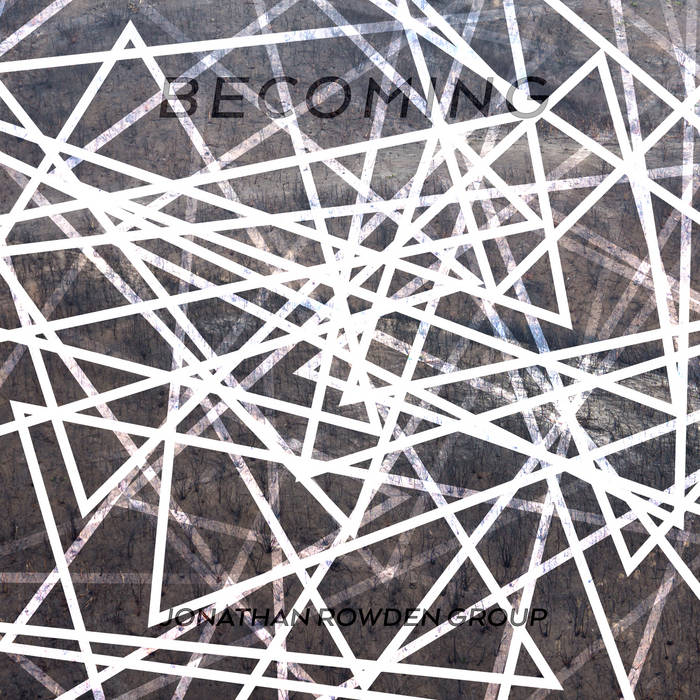 When you walk into a place like Sunset Sound in Hollywood, CA, it’s impossible not to breathe the air of history. How many countless albums, classics, and great artists have laid down their testaments in the same room, on the same mics and keys, through the same board? It can be daunting, exciting, and sobering all at once!

Recording one’s debut album is no small task, and in such surroundings, a musician of lesser mettle might fold under the pressure, or come out clean without a sweat or scratch. But for the artist of true grit, it’s a chance to dive into the fire and become something greater; a moment to step into the canon of musical history and stack your voice amongst the annals of recorded music. And it’s a chance to find out who you really are.

Jonathan Rowden is a man of relentless drive and enthusiasm, whose distinct voice as a saxophonist and composer is continuously becoming. Together with writing partner and pianist Ryan Pryor, bassist Chris Hon, and drummer James Yoshizawa, he’s developed an approach to the performance of their unique songbook that allows their music to expand infinitely with every performance.

As the Jonathan Rowden Group, the band has embraced an aesthetic where any of their tunes can flow into one another via transitional improvisation, creating suites of music that can last an entire set. Without necessarily being “programmatic” their music takes on a symphonic scope and allows for a true listening journey, arched over a variety of moods and grooves. Rowden muses:

“People say that the real 'meat' of Beethoven was in his transitions - melodies and progressions were beautiful but the transitions show off his real prowess as a composer. That's how I see the transitional material and free improvisations that we do: moments in the compositions that are like the underlying fabric of the music, whereas the space surrounding the songs gives us a way to go anywhere, and really take the music to the next level, proving a unity between otherwise disparate ideas, forms, and sounds.”

In recording "Becoming" the Jonathan Rowden Group took their performance to a new level. After a first round of takes, the group, upon listening back, realized the need for growth, threw caution to the wind, and entered a deeply creative space, utilizing everything from their own breath to trinkets and toys laying around the studio. Rearranging, splitting up sections, and completely reworking their approach, the music became something much greater and deeper than they had previously considered possible.

“The experience we all shared during that 12 hour lockout was a sort of aesthetic anamnesis: when we were done, we couldn't overcome the feeling that before this, we didn't really know what these songs were about, despite having written them and performed them for months. It was like discovering something that had always been there, like a memory we didn’t have eyes to see.” (Rowden)

What resulted was a completely different product than they had set out to make, but one that reached a clearer, more poignant level of expression. Ryan Pryor remembers:

“I believe that what this music became that day in the studio is direct yet enigmatic, pastoral yet metropolitan, unabashedly and optimistically sleek and modern yet lived in and unpolished. When I listen to what we recorded, I sense reconciliation between a yearning for the future and modernity, and nostalgia for simpler days before the influx of smart phones and social media; two things I previously thought were contradictory desires to experience simultaneously.”

This sense of balance is the truth of “becoming.” By embracing the dramatic and disparate pendulum of our thoughts, emotions, desires, and fears, we can let go and experience a sense of calm and clarity that transcends ambition. Ironically we cut deeper, fly faster, and make music with more passion when we release our attachments and just play!

“Actively participating in the moment - the sound, energy, and momentum - stepping into the character of these pieces was like taking a deep breath and ‘being’ for a moment - and finding that is what becoming really is.” (Rowden)

With this album, a bold debut to be sure, the Jonathan Rowden Group makes the tenacious claim that an album can be more than just a snapshot of band - it can shatter their intentions propel them to greater self-discovery and realization. And with "Becoming" as a point of departure, one can only imagine what they will become next!

Recorded on February 19th, 2014 at Sunset Sound in Hollywood, CA