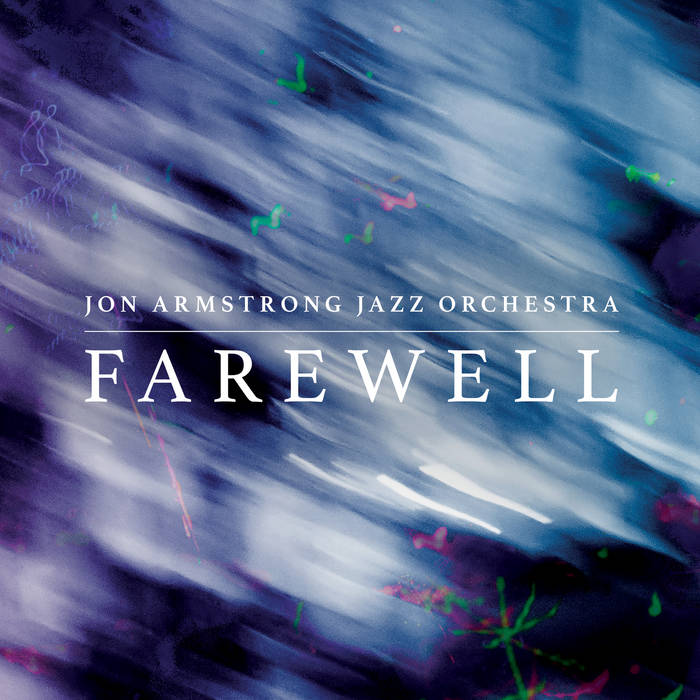 Jon Armstrong is a musical wizard. I don’t mean this as hyperbole. I mean that in every context in which I’ve witnessed Jon Armstrong make music he elevates himself, his band-mates, and his audience to a state of spiritual expansiveness while keeping his music grounded, earthy, and genuine. There is a simplicity and tunefulness in his voice that cuts straight to the soul and somehow takes the imagination to outer space!

In his latest musical vision, the Jon Armstrong Jazz Orchestra, he takes this energy to a whole new level. What seem like simple, straight-forward tunes at first expand into sometimes fifteen-minute odysseys that take the listener through a myriad of moods without ever losing a strong sense of cohesion and a lucid direction. In his arrangements Armstrong explores the full range of sonic possibility within the context of a big band, while somehow maintaining an uncanny sense of earthiness. It’s complex simplicity made vibration.

The Jon Armstrong Jazz Orchestra’s debut album Farewell presents a set of music that embodies the very essence of authenticity and an ensemble that features some of the thriving Los Angeles jazz scene’s most distinctive players. Even to the extent of featuring vocalist, Joon Lee, the visionary owner of Los Angeles’s internationally renowned jazz club, the Blue Whale, this album is distinctly Los Angeles now. It embodies a spirit and a sound that could come from nowhere else, and looks to a bright future of creative music making in the City of Angels. In Armstrong’s words:

“In order to sustain any strong intimate relationship, one has to be willing to constantly say goodbye to expectations. Each day, you have to kill the idea you have of the person you loved yesterday, and accept the one that is standing in front of you today. This action is also essential for a composer. We have to maintain a constant state of growth and exploration, willing to leave old musical concepts behind, and take risks when we hear something that surprises us. Not only should composers be pushing their boundaries, but the musicians involved should be motivated to perform with reckless abandonment.”

I can tell you as a first-hand witness: not only is Jon doing this constantly, he is part of a growing movement among a new generation of jazz artists and creative musicians in Los Angeles that is shedding their past and reinventing their art in the here and now. Of course, this happens everywhere, but there is an energy and excitement here that is truly palpable. Jon Armstrong not only rides this wave, but fuels it actively!

We at Orenda Records are extremely proud to bring you the Jon Armstrong Jazz Orchestra’s debut album, Farewell, and we hope that it takes you on the kind of transformative listening journey that we’ve had in the process.