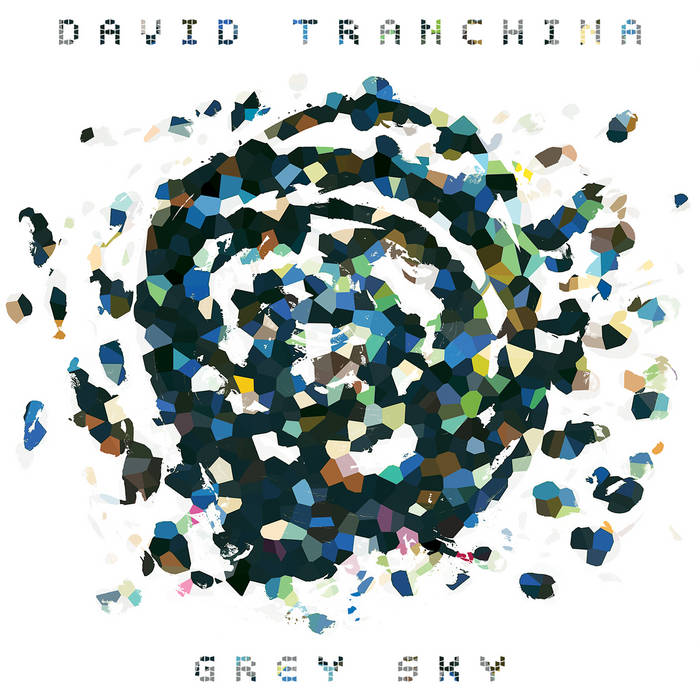 Grey Sky, bassist and composer David Tranchina's debut album as a leader, is an impressionistic cycle of somnambulant movements that wander freely from a base in jazz to psychedelic ambience and beyond. An unmistakable sense of curiosity and exploration is prevalent throughout the seven pieces on the album and is shepherded by two wordless vocal performances by singer, Argenta Walther.

David Tranchina is a well-reputed musician for his skills as a performer, composer, arranger and teacher. He is a founding member of the innovative quartet, Slumgum and has collaborated with several of the most renowned jazz ensembles in Los Angeles. Joining Tranchina on Grey Sky are fellow stalwarts of the Los Angeles music scene, Gary Fukishima on piano and Wurlitzer and drummer Trevor Anderies. These two players provide a highly creative context for Tranchina's particular vision, having previously collaborated with him numerous times in other projects. Rounding out the ensemble is Argenta Walther, who comes from a classical background spanning the canon from early to modern microtonal music. Her tender, unadorned vocalizing underlines the distinctly human quality of the music on Grey Sky.

“I like to write music that can’t necessarily be translated into a simple lead sheet with a melody and chord changes. I like to write it out in a way where it can be more spontaneously interpreted. Some of my songs are written in score format with every note of the piano voicing laid out. In the more open improvisational sections, the band has a developed an improvisational aesthetic, where there is no soloist and everyone is collectively steering the music together. With such an open-minded band, we are ready to take the music anywhere we want to and sometimes we surprise ourselves.” –David Tranchina

At its core, Grey Sky is a meditation on life in the city of Los Angeles and is a cathartic release from the everyday stress of existence in that city. The theme of rain in the titles “Grey Sky,” “The Flood,” and “When Will It Rain,” serves as a psychic respite from the extreme drought in Southern California at the time of recording. Within this context, the music inhabits a wide variety of emotional states, from soft contemplation to pent-up frustration. The song “Yotabytes” is an allegory for the exponential growth of digital content in the world. A yottabyte is a unit of data greater than even the total amount of digital data present in the entire world today. Musically, the piece is a symbolic rebellion against the computers, with an all-analog acoustic band stretching and showing the beauty of human expression and imperfection.

Grey Sky was recorded at Grandma’s Dojo, a small studio where the trio could perform in the same room tracking live without headphones. To better capture and emphasize the sensitivity of the live sessions, Tranchina deliberately chose fellow musicians Miles Senzaki and Clinton Patterson for engineering and mixing, and the result is a listening experience akin to being present in the room. Featuring original artwork from Eron Rauch, this limited edition CD of Grey Sky is a beautiful addition to the ever-expanding Orenda Records catalog.