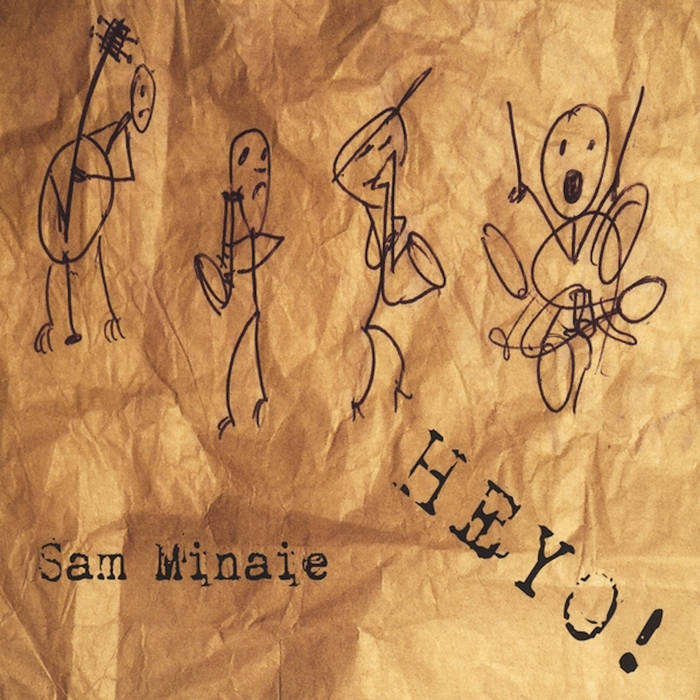 Sam Minaie has quickly established himself a one of jazz's most exciting rising stars of both upright and electric bass. His compelling debut as a leader, Heyo!, features a band of heavyweight modern jazz innovators rollicking through mostly original compositions with fire, grit, and attitude, and a distinctive blend of jazz, rock, and world music that's as unusual as it is fun.

"Had the universe unfolded in a slightly different time sequence Sam Minaie's Heyo! could very well have been one of our first Orenda Records releases. But alas, Sam released this gleaming gem of a debut mere months before we launched our label. As a bassist, composer, and collaborator, Sam has been central to the community and ethos that gave rise to Orenda Records since long before it was a seed of an idea. So to now bring this fantastic album into our fold is not only exciting, it just seems right!

"Heyo! is remarkable in a number of ways, but the most striking feature off the bat is the combination of grace and sheer attitude the band brings to the music. Each band member has been recognized in their own right as taste maker in the field, but here the outfit rocks like a punk band but with a staggering sense of lyricism, organic interplay, and elevated improvisational acumen. Peter Epstein's alto sax echoes the seductive melodicism of Eastern European folk music, but with an incredible depth of modern jazz vocabulary, and Mitch Marcus's tenor sax runs counter, throwing curveballs and gruff tones into the mix. Mark Ferber's drumming is electrifying and intense, but with an uncanny immediacy of touch. And Sam Minaie's bass playing is downright virtuosic, while his compositional and improvisational voice is distinctive, lyrical, and hypnotic.

All compositions, except "Happy House" © Sam Minaie.
All rights reserved.