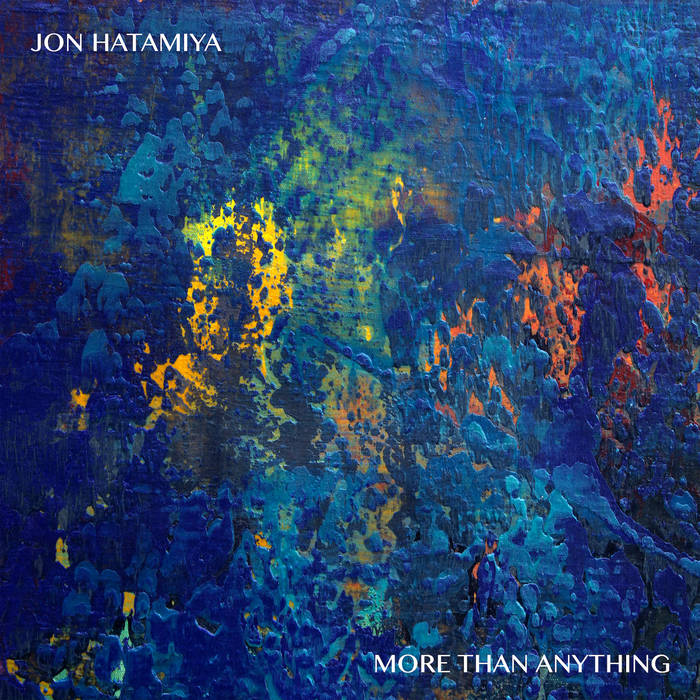 "This album (and all of the music within) is made in loving memory of my mom, Nancy Hatamiya. She was always, and continues to be, my greatest inspiration in art and in life. The compositions on this album were all written at different times over the last nine years, as I processed my mom’s battle with cancer and her subsequent passing. The album does not run in chronological order of this process, but rather acts in whole as a snapshot of the many facets of grief, loss, and love."
–Jon Hatamiya

Trombonist, composer, and B.A.C. Endorsing Artist Jon Hatamiya is one of the most promising trombonists to come out of the Sacramento area and is rapidly making a name for himself on both the New York and California music scenes. He was recognized in the August 1st, 2011 edition of Jet Magazine as the only trombonist on Wynton Marsalis’s list of “Who’s Got Next”, which highlighted the next generation of emerging jazz artists. Jon also received a 2015 Herb Alpert Young Jazz Composer Award from ASCAP and a 2016 Downbeat Student Music Award for his merits as a composer and arranger.

As a performer, Jon has established a wide-ranging reputation reflecting his diverse musical interests. In the big band world, Jon is known as a lead trombone specialist with a soulful and fiery resonance, as well as a supportive and responsive section player. This versatility and knowledge of the big band tradition has led him to performances and recordings as lead trombone with the Kyle Athayde Dance Party and the big band on Michael Bublé's 2018 release, Love, and as a member of the trombone sections of the Bob Mintzer Big Band, John Daversa Progressive Big Band, and the Jazz at Lincoln Center Orchestra with Wynton Marsalis, among others.

Jon is also widely regarded as an imaginative and receptive improviser, and a proponent of the trombone as a modern creative voice. He appears in numerous smaller group settings that emphasize improvisation, musical communication, and spontaneity, such as nopanda (Los Angeles based quartet), and SMILES (collective quintet with members based all over the US), and as a sideman in performance and recording with artists such as Louis Cole, David Binney, Luca Alemanno, Paul Cornish's BANNED, and Logan Kane's Flotation band and Nonet.

Jon is active as an educator, having been faculty at the Lafayette Summer Music Jazz Workshop, Stanford Jazz Workshop, guest clinician at the Sitka Jazz Festival and Stanislaus State Jazz Festival, and a traveling clinician for the Monterey Jazz Festival. He also works as a bandleader with the New York City based jazz-rock fusion band XD 7 (with two self-released recordings), and the Jon Hatamiya Big Band, as well as several other small ensembles under his own name ranging from trio to nonet.

His work as a composer and arranger (beyond in his own groups) includes commissions from Los Angeles trombone quartet Skinny Lips and the Sound Malfunction, Oakwood Brass, and numerous high school and college level big bands. Most recently, Jon was asked to arrange Australian grade-school student-written melodies selected by Herbie Hancock into the theme song for International Jazz Day 2019.

Jon received his Bachelor of Music degree in jazz trombone performance from Manhattan School of Music (where he was given the John Clark award for excellence in brass performance) his Master of Music in jazz studies from University of Southern California, and an additional Master of Music from the prestigious Thelonious Monk Institute of Jazz Performance (now known as the Herbie Hancock Institute).