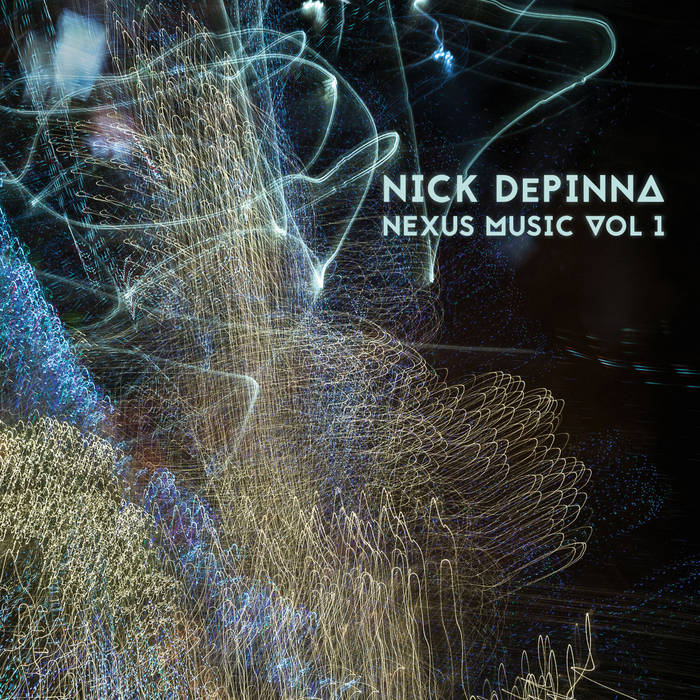 Los Angeles composer/trombonist Nick DePinna releases Nexus Music, Vol. 1, a distinctly modern vision for the traditional big band ensemble, and the first in a series of releases on the forward-thinking and genre-defying label, Orenda Records.

This first EP release features three of DePinna’s compositions written over the past ten years amidst extensive work in film and television music, collaborations and mentorships with luminaries like James Newton, Kenny Burrell, and Lalo Schifrin, and touring as a member of the Brian Setzer Orchestra.

“Nexus Music, Vol. 1 presents my vision of music that combines the inner workings of contemporary classical music with the instrumentation and aesthetics of big band jazz. As an active composer and performer in both fields, I have a unique perspective to add to the ongoing dialogue between these two traditions. Co-produced with my close friend and collaborator, Ross Garren (who has a similarly diverse background), this album came together through years of training and experience in contemporary classical composition, studio and recording skills from producing music for film and television, and most importantly, a network of some of the finest musicians in the world.” –Nick DePinna

DePinna composed the opening piece, “Reveille” while in residency at the Avaloch Farm Music Institute with his new-music collective L.A. Signal Lab: “’Reveille’ was the result of some very meditative composing early in the morning in front of windows looking out on a tranquil green pasture in New Hampshire. Something about the stillness of the trees and grass inspired intricate and intense melodic lines that eventually transformed into a wild bugle call.”

Inspired by the California Central Coast beach that fell victim to an ecologically devastating oil spill in 2015, “Refugio” was commissioned by the culinary concert series Sensus for Taráxim, a tasting menu/concert celebrating the cultural and geographic diversity of Southern California. The recording features Sensus creator Tom Terrell on trumpet and flugelhorn, and DePinna’s long-time collaborator, saxophonist/composer Hitomi Oba.

The final piece of the EP, “Asceria” has the oldest roots of the set, with origins dating back to DePinna’s time in the graduate composition program at UCLA. “’Asceria’ is about two elements with a desire to understand each other. I’ve rewritten the latter two-thirds of this piece at least four times. In past versions, these elements either came into complete agreement or utterly obliterated each other -- narratives that I was never quite happy with. This final version recognizes that in real life, things are rarely this simple.”

NEXUS MUSIC, VOL. 1 was recorded July 2018 through March 2019 in a series of live and remote sessions throughout Los Angeles, New York, Las Vegas, and Washington D.C. It was mixed by Ben Burget at 206 Studios, mastered by Dave Donnelly at DNA Mastering, and produced by Ross Garren and Nick DePinna.