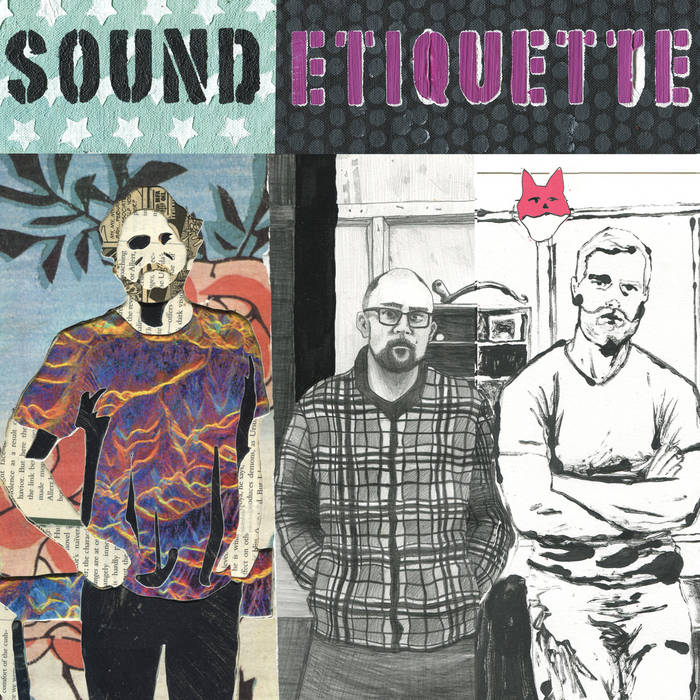 Sound Etiquette, the first calling from a brilliantly inventive trio based out of Oakland, CA, imagines a universe where the small-minded distinctions of musical genres become obsolete. This kaleidoscopic collection of music will take you on a journey where the line between improvisation and composition is erased, giving way to a virgin space where new unions of sound are possible.

In 2014, veterans of the vibrant Bay Area creative music scene Nick Obando (saxophones), Eli Wallace (keys) and Aaron Levin (drums) came together as Sound Etiquette to record their unique brand of adventurous music. Focusing on freeplay, the agile trio deftly melds avant-garde & free-jazz improvisational aesthetics with contemporary influences from electronica, funk and beyond. The result is music that looks both forward and backward, paying tribute to creative musical traditions while reinvigorating them with a distinctly modern character.

Sound Etiquette embraces unconventional roles for all facets of sound. What begins as a melody might develop into the rhythmic foundation of a track. Timbre alone might act as the harmonic center of one piece while elsewhere an ambient texture might become the central “melody.” Often the glimmer of form peeks out from behind an improvisation only to be deconstructed in the next moment. This exploration and manipulation of sonic expectation is precisely where the group draws its inspiration. The goal is to compose in real time by quickly organizing the most compelling elements of improvisations and develop emergent forms that evolve continually.

Recorded in a single day, each of the eight pieces on Sound Etiquette showcases the band’s chemistry and ability to create compelling, cohesive music on the spot. While some of the tracks are culled from longer improvisations, no edits, punches or overdubs occurred during the making of the album. Everything was captured live in the room. Unlike many modern jazz recordings that favor clinical production and separation under the guise of fidelity, this is a darker more organic sound where the errant buzz of a snare or the hum of an amplifier is welcomed as part of the overall ambiance. This is the sound of adventurous music being made in the moment by three bold improvisers who collectively push into uncharted sonic territory. This is the kind of exploration and creativity we are proud to support at Orenda Records.