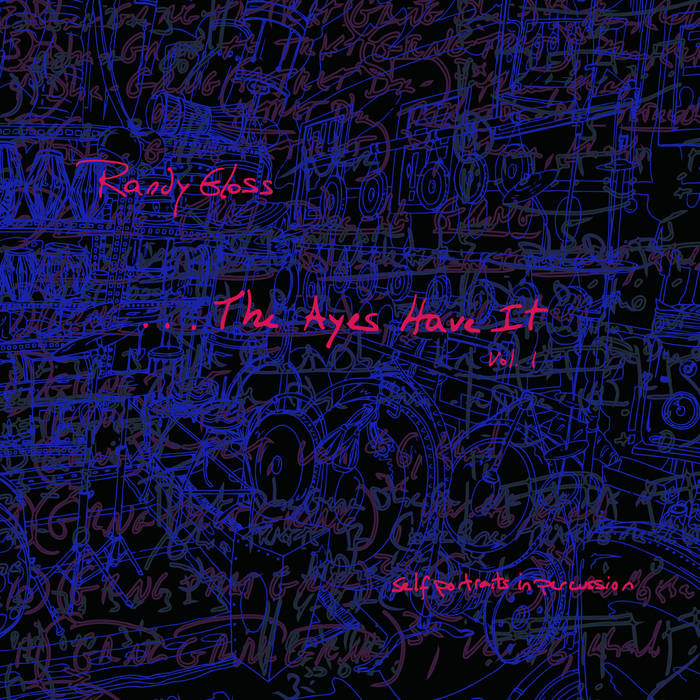 Randy Gloss, a percussionist whose background performing several modalities of hand drums, contemporary percussion, and drum set has led to his involvement in many innovative ensembles that fuse world music with new music and jazz.

“Randy Gloss's maneuvering of his frame drum had to be seen to be believed...”
—Mina Silverstone, salamworldwide.com

"Randy Gloss' work on pandeiro (Afro-Brazilian tambourine) was one of the most amazing demonstrations of concentrated virtuosity I've ever seen."
—Greg Burk, metaljazz.com

An excerpt from the liner notes by Carlos Niño:

"Gloss weaves the lasting impressions of his musical influences into a mystical rhythmic flow, like a quilt of the living sonic colors that touched his heart and ears. Everything is in there: from the 50s and 60s American Oldies, Soul, R&B, Jazz, and Folk that his stepfather actively collected, to the Rock, Funk, and Electronic recordings of the 70s and 80s that were popular at the time, to the array of sounds that his dance teacher, choreographer Mother would play as she worked and trained, to the spectrum of Classical and Latin records that he'd hear with his Grandparents, and the wisdom of the master teachers from around the world he was studying with. His perspective is vast as he is interested in and ever investigating the potentials of sound, instrument, and inspiration. He's applying his 'thoughts, skill, knowledge and experience, and transmitting as vibrations through the vessels' he makes, finds, collects and is given. I'm amazed by this solo debut, that Gloss has produced, recorded and mixed himself, in his own studio with his own gear and mics! It's diverse and dream-full and a perfect way to blast off on a series of releases like this! (Hint, hint.)" —Carlos Niño, April 2015