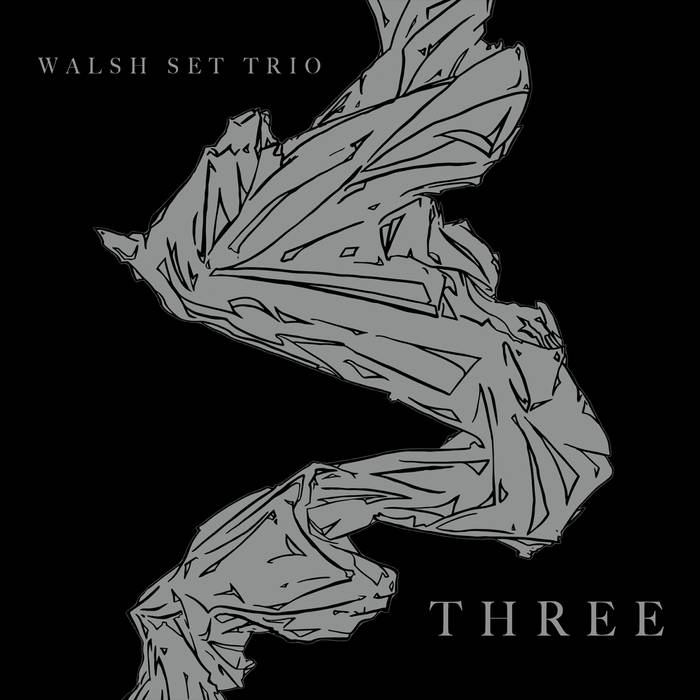 “Imaginative musicians, of course, are never satisfied until the wheel has been thoroughly reinvented. Who says it's gotta be round?"
—Greg Burk, MetalJazz.com

The Walsh Set Trio’s brand new album, Three, is unlike any trio incarnation I know. The band’s leader, Brian Walsh, has become synonymous with the most creative and boundary-pushing element of modern music in Los Angeles over the last decade. With a tone and virtuosity steeped in contemporary classical music, and an improvisational aesthetic far more adventurous and effortless than most, Brian has raised the bar in the LA scene as an individual, and on Three he puts his unique compositional aesthetic on full display.

In this trio, Walsh allies with bassist Colin Burgess and drummer Trevor Anderies in what has become a long-standing and deep musical relationship. Through many years together they have developed an approach to ensemble playing that is totally idiosyncratic. What could very easily be another jazz trio is anything but – even beyond an expanded compositional aesthetic, their approach to group interaction is an amalgam of avant-garde opera, contemporary classical composition, creative improvisation, and total personality!

To say this music defies categorization and expectation would be a severe understatement. While many of the tunes do follow somewhat of a “jazz” form, at least in terms of the balance between composition and improvisation, the aesthetic is firmly rooted in wild experimentation. Calling on all the members of this band to contribute vocally, and embracing an almost absurdist approach “lyrical content,” the music sometimes plays like the weirdest folk group you’ve ever heard, or like an avant-rock band in a surrealist museum.

There is a deep sophistication in this music, however. While their approach to improvisation and group interaction is certainly experimental, it’s in no way “unbridled.” There is a more measured, assured, and at times restrained quality to the performances than on their previous release Set One. There is story in the shaping of these tunes, as in The Legend of Tiss, and though “words” are absent from the vocals, the intimacy of the whispered sounds draws the listener forward through eerie landscapes and wild adventures – the stuff of legend!

All in all, through the wild improvisations, subtle quarter-tone meditations, manic circus oom-pahs, and, let’s say it, crazy vocal utterances, the album might be the perfect soundtrack for a rainy day. In a way, the wheel turns slow – the overall mood is contemplative and musing, venturing into the recess of imagination that only thrives in that effervescent place called daydreaming. Peering out a rain-soaked window at a quiet pausing world might just be the moment to let these dream catchers dance in your mind, and open your sonic experience to something completely new!