by The Vinny Golia Sextet 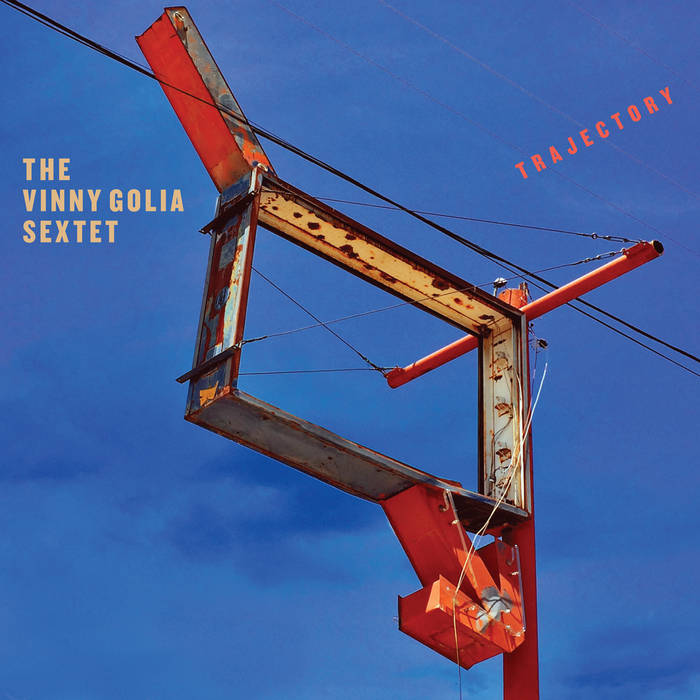 For over a decade, The Vinny Golia Sextet has dedicated itself to the compositions of Los Angeles creative music legend and multi-instrumentalist Vinny Golia. Juxtaposing composition with dynamic improvisation, Golia's music engages the mind and the heart, and radiates an enigmatic spirit that has inspired generations of musicians. Trajectory presents an epic collection of music written and performed in every-evolving ways over the last 10+ years, and features an adventurous lineup that shines on Golia’s unique approach to modern jazz language.

Golia’s reputation in the jazz world is sterling, but in Los Angeles he has also been a major driver of the creative music scene and mentor to several generations of musicians. Through his record label, Nine Winds Records, he has supported countless musicians’ visions at various points in their careers, and as a teacher he has influenced and guided developing artists in the pursuit their craft. The Vinny Golia Sextet features Vinny alongside 5 of his former students who have become prominent members of the Los Angeles jazz and creative music community. Saxophonist Gavin Templeton, trumpeter Daniel Rosenboom, guitarist Alexander Noice, bassist Miller Wrenn, and drummer Andrew Lessman have a deep understanding of Golia’s complex compositional style, and bring intense vitality and strong individual personality to the music, as Golia leads the way.

With roots in the visual arts, Vinny Golia approaches music in a highly colorful way, using swaths of instrumental timbres and motivic melodic elements in a modular way. Golia is well-known as a woodwind specialist, but on Trajectory he also showcases an array of unusual percussion to expand the album’s sonic palette. The mysterious whirring of the bull roarer that opens “Ts’emekwe (as real as any hoax can be?)” sets the tone before launching into the segmented phrases and driving rhythm that characterize Golia’s writing. The rhythm section is powerful and pointed throughout the record, accenting the angular lines, and propelling the improvisations with dynamic jazz-rock fire. Groove underlies the intricate writing, but several of the tunes on Trajectory stretch in an ethereal, dream-like fashion, as in “Ugly Bags of Mostly Water (I knew some people like that once…),” allowing the band to drift into beautiful floating expression as well. There is no shortage of virtuosity from Golia on his various woodwinds, particularly the saxophones, as well as from the rest of the band. Each band member is featured in a variety of contexts and shines with a remarkable range of soloistic expression.

With Trajectory, The Vinny Golia Sextet makes a bold artistic statement that is both an arrival and a point of departure. The Sextet is an ongoing project with a huge catalog of unrecorded compositions, and this milestone double album hardly contains the complete picture: it's a stop along the way for the visionary composer and his ensemble, as they push forward into the future.

Trajectory is a collaboration between Nine Winds Records and Orenda Records.