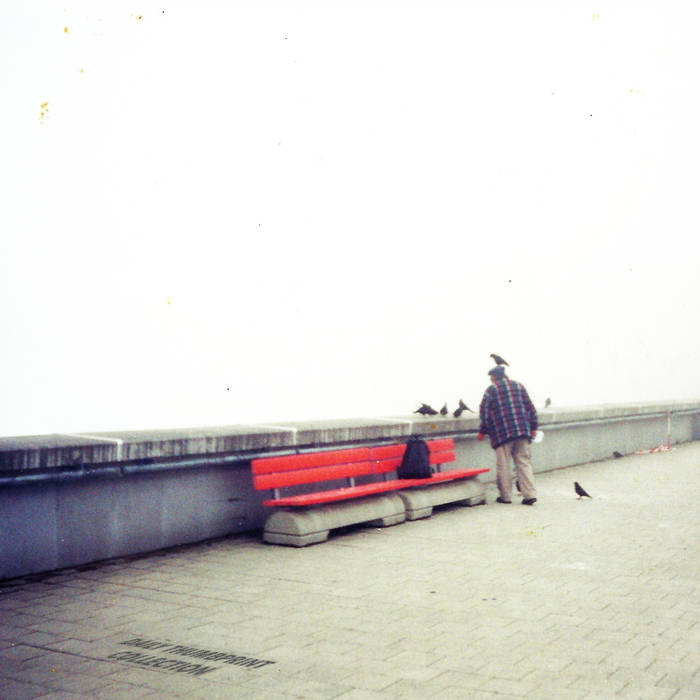 ROWIAL Surprising & very pleasant discovery! Didn't know C. Dolister or anyone of his many collaborators; with exception of Adam Benjamin, Kneebody's remarkable keys-player. I.m.o. this is a very good continuation & variation of that ±technoid jazzrock invented(?) by Jaga Jazzist. With more structure & melodies - easy & knotty & hymnic - than J.J. and more rhythmic variations. (Kneebody-infuences?) Congrats Caleb Dolister! Your >10yrs work on this fine album was really worth it! Strictly RECOMMENDED!

Daily Thumbprint Collection 3, The Wandering is an astonishing album, an instrumental wonder whose creation spanned more than ten years, thousands of miles, a galaxy of musical genres, and a small army of rock, classical and jazz musicians across the USA. Its creator, American composer and drummer Caleb Dolister, imagined a through-composed statement of groove-driven rock and beyond-genre music constructed with electric and acoustic instruments. Recording The Wandering evolved into a decade-long odyssey, a musical journey across North America with equipment hauled in cars and planes, visits to cities spanning the coasts, all to track two dozen musicians (the equivalent of a small orchestra or big band!) and a mountain of music refined through to multiple revisions. The end result is an album of gorgeous, multi-layered, spacious, and rhythmic compositions, distilled - like fine bourbon - through expertise and time.

Fans of avant-progressive and post-jazz and rock music like Jaga Jazzist, Mike Oldfield, Electric Masada, Steve Tibbetts, Tortoise, and Cinematic Orchestra will be enthralled. The Wandering feels both cinematic and powerful, beautiful, and dark. The musicians called upon contributed top-notch performances, and while very few of the players had the chance to record together, the resulting ensemble is stunning. The compositions are filled with compelling soundscapes that embrace an array of instrumentation through layers of contrasting but complementary environments like orchestral strings with odd-meter backbeats, or woodwinds floating over synth bass lines. There is a strong rock foundation in heavy grooves, reinforced at times by distorted guitars and screaming melodies. From the album’s first note until the last, the music’s peaks and valleys are sculpted and the arc flows with intention from one song to the next. The Wandering, says Dolister, is best experienced in its entirety, as an album. He describes his writing process as structured and revisional, with most compositions taking years to refine before being ready to start tracking parts. But despite being recorded across lengthy distances in miles and time, listeners will find The Wandering to be a remarkably coherent and mature tour de force, a gem refined over a decade.

Currently based in New York City, Caleb Dolister (b. 1981), is a composer, drummer, and engineer. He was raised by musician parents; his father is a bassist, and his mother, a singer, guitarist, and pianist. While his musical training included jazz performance at the University of Nevada in Reno, Dolister’s roots formed years before while performing with the family band as a kid, and evolved as a teenager when he created a punk rock and metal band with his friends. Today, he is better known for his tenure with Parisian-based post-jazz ensemble The Kandinsky Effect (Cuneiform Records & Ropeadope Records) and LA’s spontaneous-composition metal/jazz/electronic quintet DR. MiNT. He also performs, writes, and records with a diverse array of additional edgy projects rooted in jazz and rock alike including NYC groups Up & Orange (jam rock) and Twin Whales (Rock). His work is featured on more than 40 albums, released on Orenda Records, Cuneiform Records, Ropeadope Records, pfMentum, Nine Winds, New World Records, SPAT!, SNP Records, Air Tahoe Records, Northern Tone, and others. In addition, Dolister founded and runs the independent record label SNP Records, and developed a digital music distribution platform, called Tunepatch, which he provides free to musicians. Dolister also works as a web developer and consultant.

The idea of this album formed in late 2008 and took over 10 years to complete while I traveled around the country to record and edit thousands of audio takes. The recording process brought me to studios, practice sheds, college campuses, people’s bedrooms and living rooms, and even the occasional warehouse. Each city I traveled to was an experience and every session was inspiring. To say I learned a lot would be an understatement. Without the generosity of all the musicians involved, none of this would have been possible. My thanks to all involved for breathing life into my compositions. - Caleb Dolister