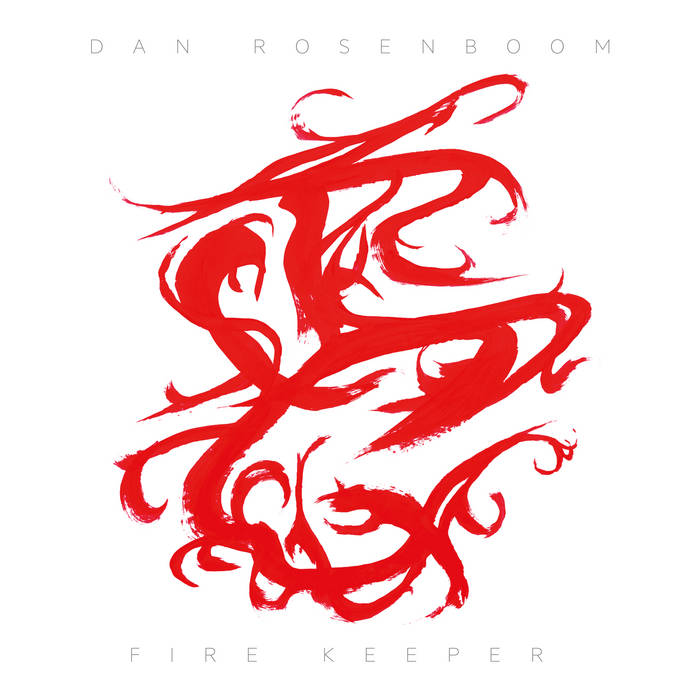 "Every human being has a sacred duty to protect the welfare of our Mother Earth, from whom all life comes. In order to do this we must recognize the enemy — the one within us. We must begin with ourselves.

"We must live in harmony with the Natural World and recognize that excessive exploitation can only lead to our own destruction. We cannot trade the welfare of our future generations for profit now. We must abide by the Natural Law or be victim of its ultimate reality.

"We must stand together, the four sacred colors of man, as the one family we are in the interest of peace."

— from the Address to the General Assembly of the United Nations by Leon Shenandoah, Iroquois Tadodaho, October 25, 1985

This excerpt, from the Iroquois spiritual leader Leon Shenandoah (1915-1996), is one of several writings displayed on the ceiling of Blue Whale, the Los Angeles jazz club which has managed in its few years of existence to provide a sanctuary for creative expression, in all things but primarily jazz. Shenandoah sought to enhance the spiritual purity of his people by insulating them from corruption and greed. In a similar fashion, Blue Whale owner Joon Lee has fought his own crusade to protect the creative spirit in jazz, repeatedly prioritizing the integrity of the music over more profitable ventures, often at great expense to his business.

The connection is not lost on trumpeter Daniel Rosenboom, who sees Lee as kind of a musical Tadodaho, the word for the greatest warrior and primary chief of the Onondaga people and of the six tribes of the Iroquois Confederacy. Rosenboom has great respect for Lee and all he has done to cultivate a bastion of independent creative integrity. Indeed, Rosenboom looks to personally carry on the fight, insofar as to title his latest album Fire Keeper, the literal translation of Tadodaho. Fire Keeper is the flagship album for Rosenboom’s new record label, Orenda, another Iroquois word for the equivalent of what is known in popular culture as “The Force” — “a mystical force present in all people that empowers them to affect the world, or to effect change in their own lives.” (OED)

Rosenboom clearly has empathy for the concept of Tadodaho and, like Joon Lee, assumes the role of a musical warrior lighting a small fire under the scaly belly of the behemoth, whose legacy record labels, Grammys, and television sing-offs attempt to dictate what music is worthy of public consumption. Through extensive experience in the entertainment industry, Rosenboom has amassed enough insider knowledge and access to get under the beast’s skin and attempt to transform it from the inside and out. It might be difficult, but is it harder than disguising twelve-tone serialism as a heavy rock shuffle (as in the track “Hush Money”), a la Schoenberg meets Mötley Crüe? Is it possible to visualize Ornette Coleman playing in Looney Tunes (portrayed in “Inspiration”)?

Daniel Rosenboom is a man of competing juxtapositions. As a composer he is a master of form and structure, but enjoys the expansive freedom of improvising in free jazz. His trumpet playing is lyrical and melodic, yet his aesthetic sensibilities often trend toward progressive metal and experimental rock. He is classically trained but reveres such classic rock artists as Nirvana, Hendrix, Zappa, and Zepplin right alongside Beethoven and Brahms. Yet somehow his paradoxes have a deeper connection, to the point where it’s not a stretch to incorporate modern jazz and new music composition techniques in a classic rock setting with Native American imagery. Jimi Hendrix had Cherokee blood and was slated to join Miles Davis’ band before he died, so perhaps there’s some precedent here.

In Fire Keeper Rosenboom channels his inner Tadodaho, becoming the musical high priest, the master choreographer of this strange dance, inviting rock n’ roll and modern music to meet and move in intimate rhythm. He orchestrates his fellow band-mates into the experience, brilliantly utilizing their unique gifts: alto saxophonist Gavin Templeton and his polished harmony lines and emotionally raw virtuosic explosions; guitarist Alexander Noice, whose guitar intelligence is only matched by his ability to shred like a fucking shredder; Kai Kurosawa, master of the Bear Trax, a mysterious instrument with twelve strings on a giant fretboard (something one would expect to see in the cantina band on Tattooine); Dan Schnelle, a drummer best know for his exquisite, fiery jazz chops who for this album has managed to effectuate a blend of Vinny Colaiuta and Dave Grohl. Rosenboom mostly leads by melody with strong and beautiful lines defining the character and intention of each piece. At other times his silent presence allows his band to freely explore the music of his instigation. Another shaman by the name of Miles Davis once perfected this art of judicious involvement.

Perhaps the most impressive achievement from Rosenboom is how he disguises musical innovation and complexity into rock forms that sound much easier than they are. Hearing beats (more common in rock, blues and metal) might precondition the ear to hear things on a simpler, more visceral level. However, one glance at the sheet music reveals layers of brilliance and a high degree of difficulty, nearly impossible to sight-read — the band rehearsed extensively before daring to venture into the studio. Like all good rock songs, most of the pieces have a melodic hook and/or bass and drum lines, christened “Groove Cycles” by Rosenboom. They could be likened to the style of John McLaughlin’s Mahavishnu Orchestra, as they feature many compound time signatures, like 4/4+11/8 in “Tendrils” and 7/8+4/4 in “The Fifteenth Hour,” but they embrace a more modern rock and improvisational aesthetic. The highly structured rhythms and tightly arranged harmonies are a departure from his last offering, Book of Omens, which was much more free form (as free as metal can get...would that be molten?). Also unlike Omens, Rosenboom didn’t set out to create an entire programmatic album where the entire piece is weaved from a fantastical narrative about the death and rebirth of creation itself. Very strong imagery nevertheless exists behind each tune. “Leaving Moscow” puts into music the imagery of the city’s conflicting architecture from Spartan communism to retroczar-era opulence. “Seven on Seventh” is inspired by a photograph taken by artist Eron Rauch of a 7/11 sign directly obscuring the view of a beautifully ornate, classic Angelino edifice. “With Fire Eyes” combines N’awlins blues and Cajun voodoo with something akin to Black Sabbath. “Tadodaho” is hopefully (by now) self-explanatory. “Holiday Motel“ is something like what would happen if Pink Floyd and Wayne Shorter got together (not out of the question, considering Shorter teamed up with Santana once). “Tendrils” sounds like what its title connotes.

Fire Keeper is Rosenboom’s most complete realization of his unique artistic vision to date. He says, “This is what I’ve been hearing forever, spiraling around, trying to get close to…If you have a vision of a kind of shape, you must strive to represent it as clearly as you can.” He is also getting closer to realizing a vision he has for creating a culture that identifies with a particular brand of music, or more to the point, his brand of music. The recently formed art collective Creative Underground Los Angeles is a brainchild of Rosenboom, drawing together some exceptional like-minded artists dedicated to monthly releases of new interdisciplinary collaborative art. Laying the foundation for CULA prepared him for his recent and more mature undertaking, Orenda Records. Both ventures have already galvanized many musicians in Los Angeles to rally around a common cause for the promotion of creative music. It is Rosenboom’s hope for more people to see “art music” as more than just intellectually stimulating. It’s also something to crank up in the car, get wild to in a mosh pit, or even dance to around a ceremonial ritual fire.