Voices In The Void 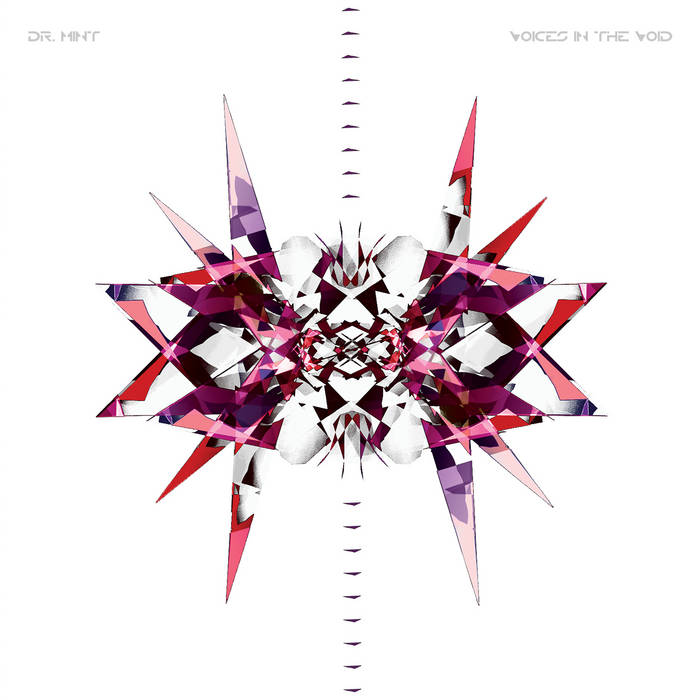 "If this isn’t where jazz is headed, then it’s probably going in the wrong direction."
—S. Victor Aaron, Something Else Reviews

With Voices In The Void, DR.MiNT presents their futuristic approach to powerful rhythms, warped electronics, roaring horns, and infectious spontaneity with a sci-fi cinematic aesthetic that’s as innovative as it is fun.

Voices in the Void, the fifth release by LA/NYC electronic jazz-rock outfit DR. MiNT presents the band’s most evolved and exciting work to date. Each tune is spontaneously conceived, as the band employs a potent combination of skeletal composition, extensive improvisation, and rhythmic themes from a multitude of genres; improvisation, electronica, and heavy rock influences lay the foundation for the horns to shape winding melodies and dynamic solos. As a whole, the album’s arc weaves a rich musical-tapestry born of the band’s decade-long association and collective musical experience.

The project later evolved with their next release, Ritual (ORENDA), as frontmen Daniel Rosenboom and Gavin Templeton integrated a series of hand cues and started writing melodic material in real time while performing and recording. This new strategy opened up an unexpected gateway to produce a much more intelligent recording as new and repeating thematic ideas propelled the music.

With their 2013 follow-up, Kingsize Sessions (ORENDA), the band experimented for the first time with short-form improvisations. It was also the first album that the band did not record in a live concert setting, opting instead to discover a different kind of creativity in a studio environment.

And with 2017’s Voices in the Void (ORENDA), DR.MiNT has evolved yet again.

“I think it was a turning point for the band when we decided to build Voices in the Void by focusing on the overall "arc" of both the tunes and the album through a process we’re now calling “archistration,” (arc + orchestration). We knew that we wanted to create something more exciting and engaging than we had before, and embracing this process allowed us to to do that while still maintaining our dedication to spontaneous conception.” —Daniel Rosenboom

Since recording the album, DR. MiNT has adopted this term, “archistration,” to describe their method of improvising compositional structures in real time. It’s a multi-faceted process that allows the line between improvisation and composition to remain blurred while creating cohesive, thematic musical experience. Or as Jay Batzner of Sequenza 21 wrote, “[DR. MiNT creates] a wonderful trajectory…that almost denies the idea of it being completely improvised.”

Voices in the Void features a series of both long and short pieces, but for the first time DR.MiNT also embraced the idea of writing skeletal compositions and layering multiple tracks. The result is an album that often voyages between structure and exploration. For instance, the opening track “Kingdom in the Middle” builds cyclically on a short seven bar piece sketched just moments before hitting record, while the second track, “spacerobot[dance],” showcases the band’s classic and furious approach to spontaneous composition, with grooves funky enough to literally make a robot dance.

For drummer Caleb Dolister, Voices in the Void also represents something more. “I think the depth and growth that we have all experienced over the years is really apparent in this album. We’re all involved in so many different projects, but I think it’s safe to say that DR.MiNT is the only one where we show up and literally record the musical conversation as it happens. What ends up coming out is a direct reflection of who we are and how we’ve changed and adapted to different directions in influences. It’s an honest representation of our collective experiences.”

Each member of DR.MiNT is an accomplished bandleader, improviser and composer in their own right, and it’s precisely this depth that allows the band to create off-the-cuff music that constantly evolves, twists back on itself, breaks into new directions, and seamlessly resolves. One could say that Voices in the Void is an experiment in musical architecture, where DR.MiNT leads the curious listener towards rewarding discoveries , overflowing with intricate details expertly woven through familiar structures. The music can get pretty wild, but the band always maintains a subconscious connection to the joy, wonder, and adventurous spirit at the root of our human love for music.

Clearly DR. MiNT imagines a musical world with no boundaries, no unreachable horizons, and with Voices in the Void the band boldly supports their belief. It’s an ethos that is the very foundation of the Orenda Records, and we couldn’t be more proud to present their vision.